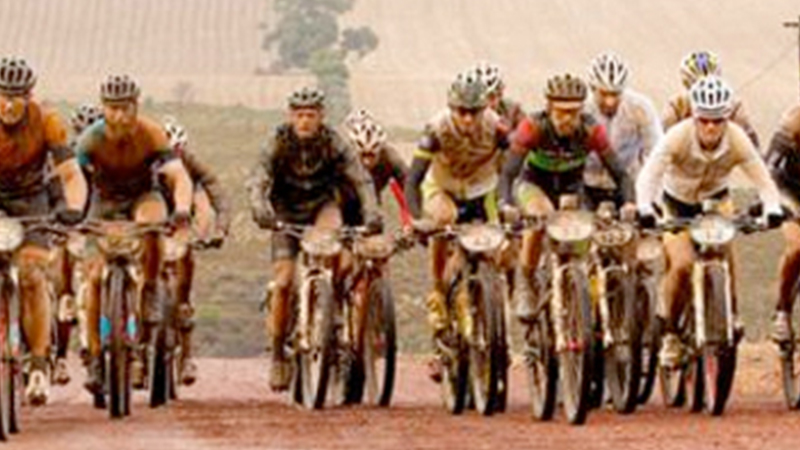 Well known four times winner of the Comrades marathon Vladimir Kotov is the quest 21km participant of the 6th Botrivier Van der Stel Pass Challenge on Saturday 30 October 2010.
Vladimir won the race in 2009 and has been invited to defend his title with stiff competition expected this year. The race starts and finishes on the historic Botrivier Station.

Anthony Hess coordinator of the race says the community is very excited to host Vladimir and many other athletes that will run this beautiful race in 2010. The athletes will traverse some of the most beautiful landscape in the Overberg -otherwise unreachable.

The Botrivier van der Stel Pass Challenge is one of the fasted growing mountain bike and road running races in the Western Cape. More importantly the race was started and developed by the community. The Theewaterskloof municipality has now come on board with assistance after discovering the potential of the race. The major Mr Punt hails this race as a true example of what can be achieved if a community stand together and fully support its growth.

The race consists of a 56km, 36km and 15km MTB and a 21km, 10km, 5km running/walking. The race is organized by the Botrivier Education Foundation (BEF) and co-hosted by the Elgin Grabouw Athletic club. The 21 and 10km routes are registered with Boland Athletic Association. All proceeds of the race are towards the BEF’s mentoring program. One thousand (1000) athletes are expected this year. The start and finish is on the historic Botrivier Station and traversed some of the most beautiful scenery in the Overberg. Athletes usually echo the true community spirit of the race evident by the close to 100 marshals servicing the various MTB and running routes.

The Medals will be issued to all finishers. Entertainment in the form of a barrel race and traditional food will be for sale. A thousand rand (R1000) lucky draw, cell phone and many other prizes can be won. Great category prizes on offer too.

For the information on the educational program or the race Anthony Hess can be contacted at 0837732574 or visit the website at www.bef.org.za